Our operational evaluations and sworn statements have resulted in the successfully defense against legal challenges in civil and criminal court proceedings.

In People of the State of California v. David Douglas and Antonio Zanotti, the Grand Jury criminally indicted Chief Douglas and Lieutenant Zanotti, Tactical Commander from the Eureka Police Dept. on the charges of Involuntary Manslaughter. The following is a brief synopsis of the incident taken from a motion filed in the case:

Cheri Moore, armed with a flare gun, threatened to burn down her apartment. She was observed unarmed and the SWAT team entered her apartment. Moore picked up and pointed the weapon directly at the officers. The SWAT officers fired their weapons, killing the suspect.

The SWAT Team officers were not charged. Instead, the prosecutor sought (and received) an involuntary manslaughter indictment against Chief Douglas and Lieutenant Zanotti based on two theories:

OpTac International was contacted by Lieutenant Zanotti’s attorney and provided consultation and expert testimony in sworn statements. Motions were filed on behalf of the defendants in the Superior Court of the State of California. On August 26, 2008, Humboldt County Superior Judge John Feeney dismissed all criminal charges against both defendants. OpTac International was instrumental in the dismissal of the case.

Prior to this case, Commanders and Administrators had never been indicted on criminal charges and subject to criminal prosecution for decisions made on the scene of a tactical operation. While the results of this case are positive for law enforcement, the possibility still exists that criminal liability could be present in other instances. Command and supervisory personnel will be judged on information they knew or should have known at the time decisions are made and subsequent actions taken. Proper policy, training, and tactics are essential for reduced liability and tactical success.

We are available for telephone and in-person consultation at your location. To learn more about our extensive services and to receive a complimentary initial evaluation, call: 443.61.OPTAC(67822) or email: info@optacinternational.com. 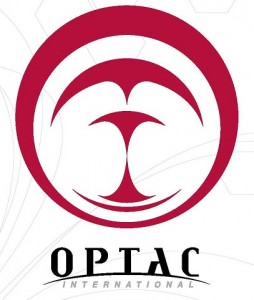